promote your benefits rather than wrestle with the competition

on December 10, 2019
Too many campaigns choose to promote public transport by slating the car at every opportunity.

Car drivers know petrol is expensive, they know insurance is going up, they know repairs are inevitable and they know they're likely to get stuck in a traffic jam.

Yet those negatives are offset in people's minds against the benefits having a car gives them (probably why they bought one in the first place) and no amount of criticism would be enough to convince them to give it up per se. If you've made a choice about your mode of transport then it's human nature to defend that position when someone says you're wrong. 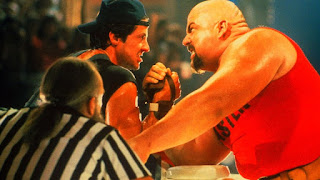 Highlighting the positives that public transport can offer is a better awareness/growth strategy than coupling that with slagging off the competition.

Let people work out the downsides of car ownership (financial, logistical and environmental ) for themselves.

It's a subtle shift in the message but one that could make a big difference.