on November 18, 2019
Rail operator TransPennine Express has recently launched their new Nova fleet of trains (not sure who did their current livery but I think it's great) and has produced this ad to help support it.

Pretty obvious there's a bucket load of production going on here, although as a casual watcher I'm not sure the idea - which according to The Drum is one that 'spreads the message that travelling to see the people you care about is more enjoyable than ever' is particularly obvious.

Bearing in mind the ad runs alongside the launch of the new trains (Nova 1/2/3) I think it does the improvement in rolling stock a disservice.

Yes, the stats shown below on TPE's website are a tad boring in comparison to a pretend bucket and spade being reunited but surely they're more relevant to any future decision on whether or not to opt for train travel? 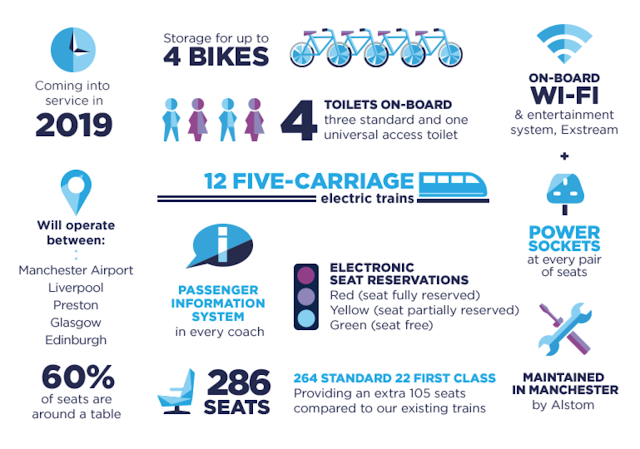 Anyway, I hope they sell a bucket load (pun intended) of tickets, encourage modal shift and my need for benefit led advertising dies down somewhat before the next TOC advertises on TV.