United, the club programme and writing about public transport 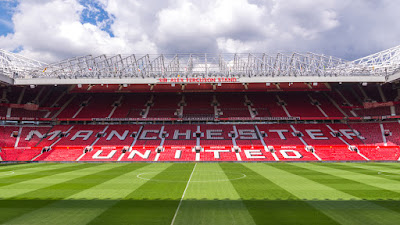 My nine year old supports Manchester United, and last Saturday we both ventured up to the north-west for his first visit to Old Trafford.

Traffic was kind to us in both directions (the train was over £130 return, so not a chance I'm afraid), as was the weather (a very un-Manchester like 28°C).

In fact, the only real disappointment was Utd's lack of conviction in the final third and subsequent 2-1 defeat at the hands of Crystal Palace.

Wanting to make the most of the whole experience, we got to our seats early doors - a full hour and a half before kick-off - giving my son plenty of time to marvel at the footballing amphitheatre in front of his eyes and me plenty of time to look through the programme.

Man Utd will play around 25 homes games this season, meaning 25 programmes containing interviews and features with a relatively small pool of players. For the writers, there is a definite challenge in finding new angles to hide the inevitable subject repetition over a nine-month period.  A challenge that will require a large amount of literary skill in order to keep the same audience entertained with articles on the same players.

If supporters know the contented has been produced before, why would they buy a programme? It might only be a small revenue stream for the club, but it's a revenue stream none the less.

And this brings me to a parallel with writing about the marketing of public transport. The finite amount of subject matters, limited audience numbers and the need to keep the latter interested in the former week after week.

Who'd have thought our humble blog would have so much in common with the mighty Manchester United?