would you give up your car in exchange for £3k worth of travel vouchers? 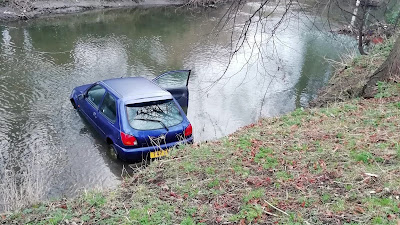 A government-funded trial is set to be launched in Coventry, where drivers are given up to £3k in cash credits to ditch their car in exchange for public transport, electric vehicle car hire and bike-sharing schemes.

According to reports in the several newspapers the project, which is the first of its kind in the UK, was approved by the West Midlands Combined Authority and will see credit added to smart cards with the aim of encouraging motorists to give up their private vehicles in exchange for a limited time period of support. It will test the amount of money needed to trigger a long-term change in travel habits.

John Seddon, head of transport and innovation at Coventry City Council, told the Independent around 100 people would initially take part in the trial, funded by a £20m Department for Transport award.

“We see it as a variant of scrappage schemes of the past but rather than trading in an old car for a newer one, it is trading in the car for the ability to use other modes of transport,” he said. “For it to be fully effective we would want people to make the commitment where the car was at least surrendered for a particular time.”

On the face of it, going from using a car every day to ditching it totally, is, for most people, a massive step. I've no idea how those initial 100 people will be chosen but you'd like to think there would be some narrow focus to ensure the best chance of a behavioural shift. Looking for certain criteria and targeting those for whom public transport could really work every day, this becomes a little more optimistic.

A tick against an old, polluting car, being childfree (whilst kids undoubtedly love going by bus, it's so much easier for the parent to go by car for many journeys), travel no more than three miles for either social use or commuting, alongside being au fait with technology and you've got someone to whom those travel vouchers seem quite appealing. They're the campaign's ideal candidate.

It will be interesting to see how things pan out.