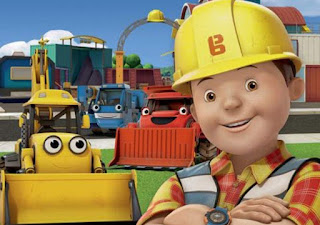 Outside of my agency life, I have the random pastime of watching videos and listening to podcasts about the building industry - having project managed the renovation of two houses, I find it somewhat therapeutic.

One recent video covered the subject of 'on the books' employees starting their own companies, looking at how they can position themselves and how to price work.

The presenter recalled when he first went self-employed, over time, he found himself a busy fool. He was winning jobs by being the cheapest quote subsequently working seven days a week and only just covering his wages. But being a clever chap, he realised that was the sacrifice he had to make to increase his skill levels and build his reputation as a good, honest tradesman at the same time.

Two years later he decided to double his hourly rate - a decision that some told him was commercial suicide. The result was slightly different as he ended up working half the number of days but earning the same money, with the added benefit of knowing that all new projects would be charged at the improved figure.

Whilst winning business on price had its advantages as a fledgeling company, it was no way to compete as an established operator (no company wants to bring in new clients by being the cheapest). That came down to his positioning.

He had started off doing all sorts of carpentry just to keep money coming in but over time found he could do roof work particularly well, and importantly, very efficiently. Not only was his reputation growing through workload but also his positioning as a roofing specialist was being born. He was becoming the go-to man in the area for larger to companies who subcontracted and private clients alike.

So within two years, he had gone from working all hours to achieve the bare minimum of paying his own wages and covering his costs to running a successful, well-positioned business that made a decent profit and gave him a good work/life balance.

The parallels to agency life are plain to see. Many small agencies are born when one or two senior people leave an established company in the belief they can do things better. They will often have no 'business' knowledge as such and things become very a much a case of trial and error to get right (many would say this is the best way).

You will start doing logos that take five concepts, five revisions and five client visits to get signed off, and charge the grand sum of £300. Like the carpenter example, this approach won't make you rich but it will grow your reputation, grow your skill base and grow your confidence in running a business.

Over time, you may find yourself doing more and more work in one particular industry or in one particular discipline (ie. direct marketing, corporate identity). Either can establish your positioning in a crowded market place- helping to alter your pricing model and increase profit.

It might not seem so on the face of it but many agencies have plenty in common with Bob the Builder!