a pat on the back for your efforts is always nice 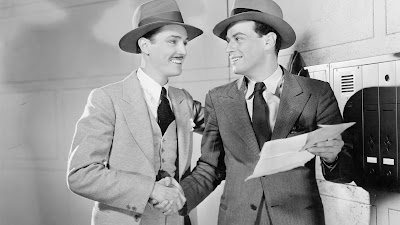 A few months ago I wrote a story about two friends of mine, Mr Financial Advice and Mr Surveyor, who both run their own business  - you can read it here.

The Xmas break was the first chance I'd had to catch up with the pair since the piece went viral (not strictly true but a decent number of people had read it) and to my surprise, they were both complimentary about the words. A third friend, who we'll call Mr Dyson, also threw a few positive comments in my direction.

For a group of lads who rarely, if ever, heap praise on each other, it was all rather touching!

It got me thinking how lonely this whole social media/blogging thing can be, often with very little reward along the way. Week after week, month after month of writing pieces on the same subject not knowing if people are reading, or more importantly, liking what they're reading. You just keep going in the hope they are.

And that makes the compliments so much sweeter when they do arrive - giving an impetus to carry on in the belief that you're writing some decent stuff.

So 2019, we're coming after you with stronger opinions, better creative and more words of wisdom to influence the UK's transport professionals. And no doubt we'll cheese a few people off along the way (for a change!).