should the bus be sold as a retail product or a service? 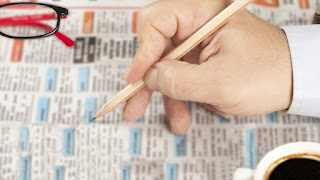 Way before my agency days, I spent the best part of four years working in advertising sales for the Northcliffe newspaper group.

During the first part of my time there I sold display advertising face-to-face, then spending the latter part teaching people how to sell classified advertising over the phone.

Display ads were the glory ads big-spending clients wanted when they had a new product or a sale on. They were big and colourful yet often had limited exposure because they were so expensive for long periods of time.

The repetitive nature of classified advertising worked for many. A classified contract was a minimum of six weeks and that drip feed effect was subconsciously building equity in the mind of potential customers. A repetition of both company name and message.

By and large, readers saw those companies in classified as service providers and those in display as retailers. One was there if and when you needed them, the other was trying to persuade you to buy there and then. One looking short term, one looking long term.

Bus companies are seeing themselves as retailers, and whatever their medium of choice, advertising is often intense and short-lived. Persuading customers to try their new products through campaigns such as Catch the Bus Week. Short, intense bursts of activity to try and change your immediate behaviour.

Yet I would argue potential customers need them to advertise as if they were a classified service provider. Offering a subtle nudge over a sustained period of time. Nothing clever just a simple, memorable message communicating that the bus is there if you need it. The 'we operate your local services, this where we go and this is where you can find out more about us' type approach.

Nothing clever, just basic information drip feed into the psyche over a sustained period of time.

As my old boss used to say "classified is where people go when they're looking for something".