Transdev should be congratulated for trying something new 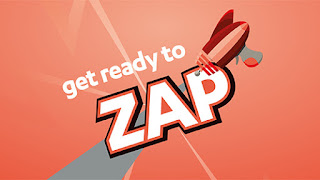 I read yesterday that Transdev has decided to stop running its Leeds-Manchester CITYZAP service.

Top dog Alex Hornby had this to say about the company's decision...

'We believe in trying new things, and we believe in letting go if things don’t work. Thanks for all the brilliant support we’ve had from our customers, stakeholders and, of course, our amazing team. The show goes on - keep watching for future developments!'

Despite the setback, Transdev deserves a massive pat on the back for trying to break the rail/car monopoly between the two cities. They saw a gap in the market, tried something new, but unfortunately, it didn't work out. As Alex rightly says, the show goes on - with them hopefully taking a few more chances along the way.

You can research all you like but nothing beats actually doing something and learning as you go. If you succeed great, if you don't, you learn from where things went wrong.


Too many in the transport industry are scared to try something new in the first place. Unfortunately, it seems the fear of failing far outweighs the chance of success.

So kudos to Alex and his Transdev team for having the balls to take up the challenge in the first place.