apps have a massive part to play in the future of bus travel, however... 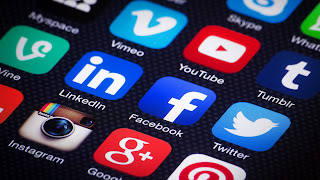 I think it's a fairly safe bet to say that over the next few years, apps are going to play an increasingly important role in bus travel.

They're a great platform to make information more accessible and purchasing easier, which I'm sure most people would agree is a good thing.

Yet even though it's a massive opportunity, it doesn't automatically mean success is guaranteed. In fact, if the current state of bus apps and company websites is anything to go by, people need to start pulling their fingers out a bit sharpish and doing things properly.

The current crop of apps (having researched operators big and not so big) seem to have a lack of common sense as a recurring theme. Things lack order, lack cohesion, and although you get where you want in the end, it's certainly not as easy as you're led to believe.

Whether the apps are developed in-house or by a third-party specialist is irrelevant. What most certainly is relevant is that the information a customer sees has been created with them in mind. Developed for normal people, who think normally and have a normal aptitude for technology. The great Joe Public.

So yes, apps are the future but they have to be done well. Great design, decent money spent and properly researched - all done to make life easier for the customer.

I think the industry knows things have to get better, it just needs to get on and do it.