why are everyone's opinions the same?

on January 23, 2018
I think it's fair to say the bus community is a close knit one - relatively few players in comparison to other industries, and an industry where everyone knows everyone else.

And where the commentators on social media are concerned, this can potentially lead to a real lack of honesty (or looking at it differently, an unrealistic amount of positivity) on the subjects discussed. Everything some people/companies do is often met with an overwhelming thumbs up from the in-crowd whilst everything others do is wholeheartedly criticised. Either way, it can be one mass 'same' opinion with no-one prepared to go against the grain. Maybe they're afraid someone will take them to one side at the next get together and have a quiet word but it all seems a little strange. 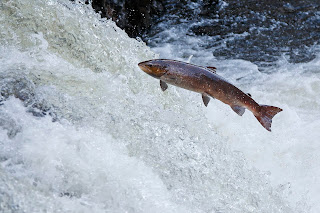 I can only liken it to observing a group of girls and a group of blokes together at the start of a night out.

All the women have had their hair done, have got new clothes to show off and as a result everyone tells everyone else they are looking gorgeous. Do they pay compliments to get one in return? Are they being a bit conservative with the truth so not to upset someone? I've no idea, I'm not a girl. However, what I do know is their comments rarely sway from the 'you look great/I love it' variety.

Contrast that with the fellas. Taking the mickey at every opportunity and being brutally honest to the core. Not bothered who is offended. If you stick your head above the parapet with a new shirt, prepared to be shot down. Got a strong opinion on Brexit? No problem, just be prepared to back it up.

Yes, a lot of guys take the mickey out of their mates for the sake of it but overall, they're prepared to be honest, even if it means challenging the widely held view of their peers.

Male or female, it's something that can be a rarity when commentating on the bus industry.