come on then, where's the concept bus? 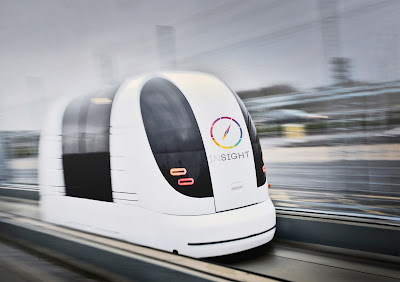 We spent a day at the NEC last week mooching around Coach and Bus 17 but unlike the majority, left a little deflated.

According to the organiser's website, it was 'where almost 200 of the industry’s leading suppliers display the very latest vehicles and an abundance of technology and service innovations for the UK market.' Latest buses and lots of technology, granted but innovation? Really? I guess we must have missed that stand (barring the autonomous pod by Insight).

Go to any car show around the world and the manufacturers, as well as showing off their latest model, will show a concept car. It will have the latest technology they have been working on, designs they have been playing with and all sorts of things they have been developing - in a bid to show prospective buyers they are the brand to be spending your money with, and industry magazines/press should be writing about.

It is highly unlikely the concept car will go anywhere near production but for them, that's not the point. The point is for their brand to be pushing boundaries and seen at the forefront of innovation in the industry.

If we are to offer a truly viable alternative to the the car, we need to make one that looks different. One that makes people stand up and take notice. One that truly innovates and excites.

Surely it's up to manufacturers to put in the R&D and try and sell these things to the industry? When innovation is seen as 'social seating', you don't have to be a clairvoyant to see what a bus is going to look like in 20 years time.