why do so many follow the crowd and not think for themselves?

on June 20, 2017
Before seeing the Stones Roses at Wembley on Saturday night, our party of four decided to have pre-gig drinks in the Hilton Hotel SkyBar, opposite the stadium.

It was a roasting hot evening in north-west London, so the chance to sit in the open air with a cold cider nine floors up and take in the views was a decent option. So decent in fact, that we decided to meet for a drink at the same place post-gig, in order to let the tube queues to subside. 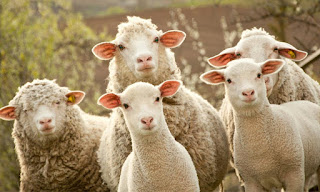 But as we walked into the foyer, it seemed we weren't the only ones who thought that might be a good idea. About 40 people were stood in front us queueing for the one lift (out of five) that had a sign above the doors, that simply read 'Lift for Sky Bar'.

After spending what seemed like a lifetime queuing for drinks inside the stadium, queuing for a lift was the last thing we wanted to be doing, so decided to walk to the first floor and see if there was an alternative. There we found no signs above doors, no queues and as a result caught one of the available lifts the remaining eight floors and just 30 seconds later, were standing in the bar.

To my knowledge, the best part of 40 people we still standing on the ground floor looking at that sign.

Us humans are a funny lot when it comes to thinking for ourselves in group situations. It seems so easy to just blindly follow the crowd and not challenge the sense in what you see - gaining comfort knowing you are one of the masses. Brands are no different, with precious few prepared to step out from the line and proudly show they think differently and act differently to their competitors.

Safety in numbers can sometimes a good thing but every so often it pays to stick your head above the parapet and think for yourself.

Who knows, you might even reach the ninth floor.