on December 20, 2016
As many of you are aware, we contribute the regular Identity Parade feature in Buses magazine - bringing old bus brands back to life for 21st-century service.

The work has generated some correspondence in this month's edition, and alongside the feature, the editor has published a number of letters where the concept of route branding, in general, is discussed. There is also a piece by Peter Rowland where he looks at the good, the bad and the ugly of such a marketing approach.

In his writing, Peter touches on a number of operators, and critiques their slightly differing approaches - Brighton & Hove ('a superb example'), First ('overall effect is a strangely mixed message'), Transdev Blazefield ('seems to be getting it right') and Reading Buses ('perhaps has come up with the ultimate in route branding').

You probably don't need them but here's an example from each one of those operators. 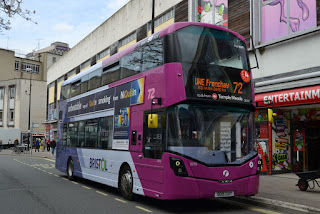 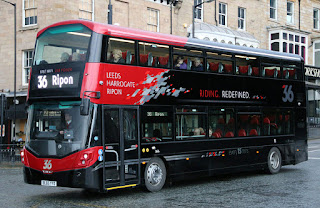 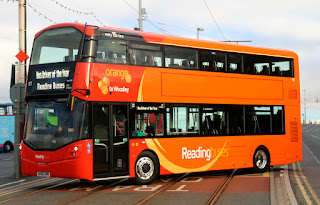 So who's got it right and who's got it wrong? For me, there is no absolute answer. A company like First who has a national presence will face totally different challenges to someone like Reading Buses, who provide services in a confined geographically area within a single network.

However, what they do have in common, is the need for customers to be the ultimate beneficiaries. Which leads to a number of questions on the whole concept of route branding; How much do customers really benefit? Is the service superior on branded routes? Who, ultimately, pays the additional marketing and production costs? Would patronage drop drastically if those Opcos above went back to a 'one livery, one market' approach?

As the readers and writers of Buses magazine point out, there are a number of discussion points and lots of different opinions! You can subscribe to Buses here.