the skill in selling something that is dull and dated

on November 01, 2016
There are some operators around the country who have more money to invest than others - that's just a fact of life in 21st century public transport.

And just as some football clubs have big budgets to spend on new players, there are bus operators that have big bucks at their disposal to spend on the latest vehicles. Vehicles that come with gadgets Q in the James Bond films would be proud of. And when something is new in the bus industry, it gets advertising money spent on it. 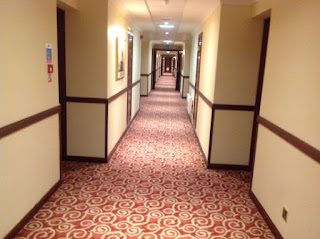 By and large, it is easier to sell something that is new and shiny in comparison to selling something that is dull and dated. New and shiny often comes a good story to tell and excitement - dated certainly doesn't. So having to work smarter, usually with less money, is a great skill for your agency to have.

Based on those criteria, poor advertising is prevalent in the bus industry. Don't get me wrong, you can find some good work being done but the overall standard of persuasion is poor. A stock image of people with shopping bags, a picture of a bus and headline is expected to do the job - a creative combination that doesn't constitute an idea to make people sit and take notice of the product. Putting out dull and boring advertising only reinforces people's perception that the bus isn't for them.

So let's give agencies a bit of freedom to show what they can do and get the ideas flowing.

Let's make it fun, make it engaging and make it informative. Let's get selling with some proper gusto!