Hyperloop transportation is the future and it looks incredible!

on May 25, 2016
If you're not familiar with the concept of Hyperloop transportation, it will allow the world to transport people and goods inexpensively, safely, and at speeds never thought possible.

They are very energy efficient too and with electric propulsion provide carbon-free transportation. Hyperloop pods are also much smaller than most planes and trains and are designed to depart as little as every 10 seconds! Read more on Hyperloop

One of the problems though is claustrophobia. No one wants to be the first to step inside a windowless pod that shoots down an airless tube at almost twice the speed of sound. No one wants to imagine what could happen to their bodies if something goes wrong.

One company is working on easing those fears by using pretty pictures and technology. The company, which is based in LA, released a video that shows what a passenger experience could be like inside one of their pods.


Of course, when you're looking out the window, what you'll see won't actually be the passing scenery, but a video of the passing scenery, or a scenery simulation. Real windows in a Hyperloop pod would only show the interior of the tube through which it's traveling, and that sounds dark and boring.

The interiors look stunning too... 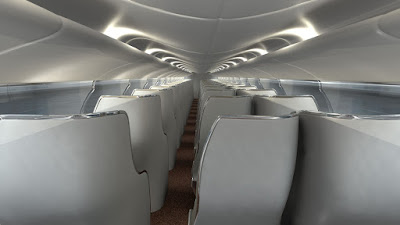 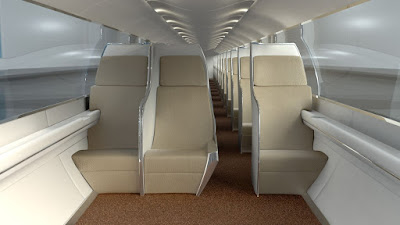 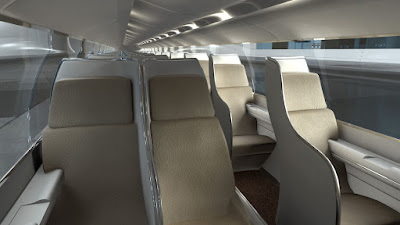 Definatley something to keep an eye on!