are you employing advertising 'technicians'?

on February 12, 2016
This is the letter written by Bill Bernbach, when he resigned from New York ad agency Grey in 1947.

Whilst many people in the industry today will try to argue against what he says, the guy knew what he was on about.

The creative department he moulded produced ad campaigns for VW, Avis and American Airlines (among others) and the work was directly responsible for growing them into the huge corporations they are today. They created great ads, the best ads in the world at the time, but the ads also sold product by the bucket load.

As Bill says, advertising isn't science, it's an art. 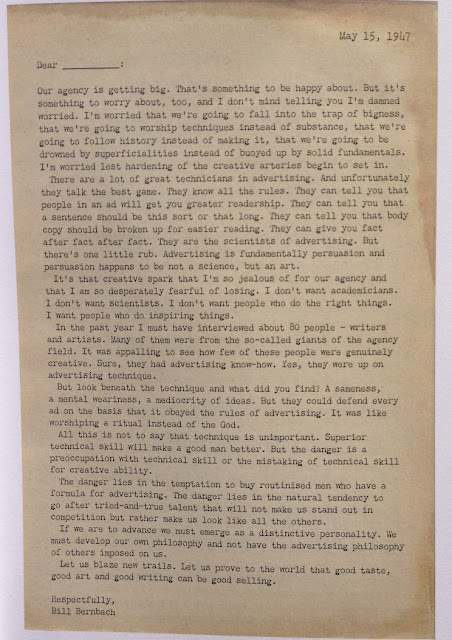