so First Great Western is no more

on September 23, 2015
You may or may not be aware, that as of Sunday 20 September the First Great Western brand ceased to exist, and was replaced with a new Great Western Railway (GWR) identity.

The change revives the original GWR name that was founded in 1833 and engineered by the great Isambard Kingdom Brunel, even going as far as replicating the distinctive racing green colouring. The exercise removes any name link to their parent company FirstGroup and coincides with the start of the operator's franchise extension through to April 2019. 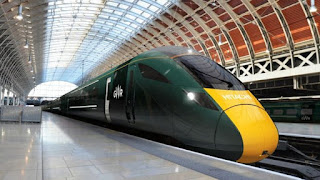 So what's the reaction been like? From what I've read, general consensus on the design work has been positive - simple, stylish and a definite step towards a time when the whole rail service had a greater reputation.

However, the mood from everyday passengers has been slightly different. And to be fair, you can see why.

The PR story tells how the rebrand hopes to "rediscover the pioneering spirit" of the service that first ran on the line and says "it's a new dawn for our railway and we're excited to be at the helm." Unfortunately for customers who just want their train to have all its parts working, to be consistently on time, and at a price they think offers value for money - bar a new livery and identity on selected existing trains, they are unlikely to see any tangible changes in the near future. 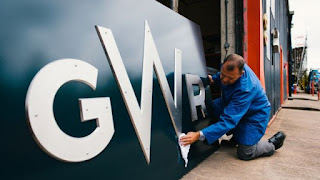 In fact, the new livery will take three years to be introduced across every train on the whole Great Western network.

Passengers have been told the company will not only look different but in fact, things will be different - new trains, more of them, more seats & more staff. However, when a rebrand is based on future promises it becomes harder to take for customers who have to travel in the present.

For now, I'm sure most customers would settle for a great present wrapped in boring brown paper, rather than the other way round. I guess the only way to check if the rebrand has been a success is to come back in four years and ask the passengers if the promises were delivered.