i know there is Traveline but...

on September 18, 2015
We had an idea the other day, and it's so simple (and potentially effective) that is must be up and running somewhere around the country.

We reckon that most people arriving by train to a city would prefer to take a taxi to their destination mainly down to lack of knowledge of the local bus service. They arrive, and probably don't know the city from Adam so want the least amount of fuss possible for their onward trip. And what's more convenient than hopping in a taxi, handing your address over to the driver and paying up when you get there? Yes you may pay extra for the privilege, but that's price of convenience. 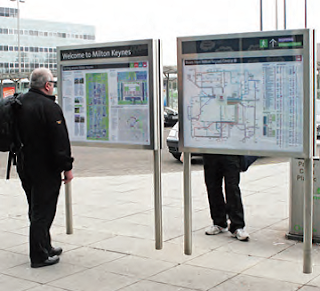 So how about each train station in the UK has a uniformly branded 'transport information hub'.  It is essentially a large touch operated screen that is pre programmed with all the bus services that serve that city only, and allows the user to select their final destination from an A-Z list of roads. It then tells you what bus services you can catch, from where in the station vicinity you do so, and also supplies up to date ticket information.

And at the touch of a few buttons you can now catch the bus in confidence, rather than rely on a more expensive taxi.

Yes, we know there are various apps and there is also Traveline but you have to know about them in order to to use them. Many people aren't users of public transport so even be aware of them. And as far as I'm aware, Traveline has no real branded presence at train stations around the country.

I'll gladly be proved wrong if someone knows of a national at-station information portal that is well designed, strongly branded and offers a simple, electronic, idiot proof guide to onward travel by bus... so please get in touch.