pay attention to the basic needs of the customer first

on July 22, 2015
I've just read a story explaining 'millennials' in the US are increasingly choosing to watch college football on their TV sets rather than at the stadium itself.

The stadiums, which are often quite dated, have decided that the solution to this problem of dwindling numbers... lies in bringing in technology, and lots of it. They're investing (spending) millions of dollars retrofitting the stadia with every bit of technical wizardry they can lay their hands on, ensuring the "fan experience, and fan engagement is enhanced". Want to share your feelings on Twitter or Facebook whilst you at the game? You got it.

Unfortunately for the stadiums and the unsuspecting fan, the money is being spent in the wrong areas. These quotes were taken from a recent New York Times article that looked what fans looked for on game day. 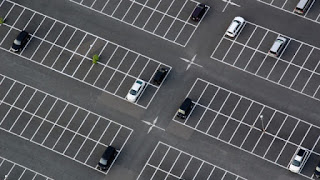 "...a new survey by the National Association of Collegiate Marketing Administrators and Oregon’s sports marketing center... asked almost 24,000 students across the country to rank the factors that influenced their decision to attend games...by far the least important was a stadium’s cellular reception or wireless capability.

"At Michigan, ...among the seven possible improvements to the game-day experience...students ranked cell reception last."

"At Ole Miss... fans said before last season that mobile web, apps and email access were the three least important of 53 elements... the most important things for fans coming to the game are parking, restrooms and concessions.”

"One of the shocking things that schools have learned is that...students currently care more about clean restrooms than fast Internet. In the recently released Oregon study, which surveyed students across all five power conferences, fans ranked cellular connectivity last on their wish list."

As you can see, technology wasn't exactly high on their wish-list of improvements they wanted. It was clear that any money spent enticing people to football games should be spent on the core, basic things like having clean toilets and lots of parking.

All this reminds me of a meeting we had a number of years ago with the commercial director of a rather well known bus company. We'd presented our ideas for the said route promotion, alongside a clear rationale for our thinking, and things got round to chatting about selling bus travel in general. We mentioned that all his marketing efforts would be wasted if the bus didn't turn up on time, the drivers were rude, or the seats were dirty.

His response? "So you're telling me that if I do that I'll sell more bus tickets...".

That was exactly what we were saying. No one said it would be easy but without the right foundations first, there's little point in laying the bricks.

I'm not sure he ever took us up on that recommendation...