the multi national company and the two word mission statement

on June 04, 2015
I've just read this cracking little story over on the Escape Pod blog (for those of you that don't know the agency is owned and run by Vinny Warren - he of Whassup! fame).

For me it's a great example of how big companies can act if they really put their minds to it, and put their customers rather than their ego, first.

Over to you Vinny...

"I worked on the Anheuser-Busch account for a total of 9 years. I created ads for Budweiser and, just to vary things up, Bud Light too.

That's arguably too much time to spend just thinking about beer. I get that part. But it was a lot of fun. 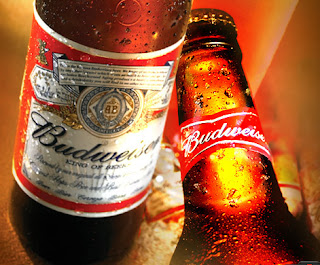 And over time I got a deeper and deeper understanding of our global client's issues and problems.

A-B, as Anheuser-Busch was known, had a very strong corporate culture. It really was all good. These guys had it right. They knew their business. And I learned a lot from them.

I'll never forget how impressed I was with the A-B corporate mission statement when I first read it. You think it's going to be some long winded American corporate bullshit? Right?

How brilliant is that for a beer company that barely survived the insanity of prohibition?

This was backed up with a ton of cash too. These guys were great at making friends with everyone. They sponsored everything from showjumping to baseball to drag racing.

They realized they had a lot of constituencies and they paid close attention to all of them.

I was reminded of this today when I saw this headline. 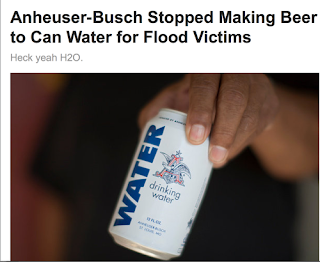 A-B has been doing this silently for decades. They brand the water with their corporate logo. They know that was enough. They never tried to exploit it for PR. They knew that would be tacky.

Just as right after 9/11 they silently switched all their billboards ( a huge buy too) to completely unbranded fluttering American flag images.

I know it might sound strange but these German-American beer guys could actually be sensitive and tactful.

And that's exactly how you make friends. By acting the part."