my friend and his (predominantly) online campaign

on June 03, 2014
A friend of mine (a public transport client of another agency) has recently finished a high profile campaign - one that pretty much wiped out his budget for the quarter.

As a relatively small company he puts a lot of trust in his creative and media agencies to point him in the right direction, and deliver against the goals he sets. 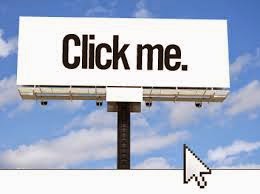 On this campaign, his two marketing partners were at odds as the best way to spend the bulk of his budget - with the creative agency veering towards a traditional offline route to raise awareness, and the media buyers suggesting highly targeted digital campaign was a better investment.

Both approaches had their merits but my friend decided to place more emphasis on digital due to its 'greater accountability'. After three months, the scores are in.

By far the largest number of visits to the campaign specific website came from one 'targeted' mobile ad - an ad that delivered a bounce rate of nearly 90%, and a site stay of just 15 seconds.

Accountable? Yes. Impressive? Certainly not. People seeing an ad on their mobile and clicking it by mistake? You guessed it.

On the flip side, a competition link and direct search via Google, yielded bounces rates of 25% and 35% respectively, with the average site stay for the direct search nine times that of the 'targeted' mobile ad.

Not the Holy Grail I agree but certainly a touch healthier. So does this tell us anything about paid for, interruptive digital?

For me, it's that digital is great at fulfilling demand (like a 21st century Yellow Pages) but poor at generating. For my friend, it should be that when he's got a load of marketing spend at stake, he should use a bit of common sense and spread his risk.