the importance of constructive feedback

on March 31, 2014
A few weeks ago we were asked to put some poster visuals together for a client.

The idea (which was a weak one) was theirs and they were adamant that our work shouldn't deviate from something they obviously thought was strong enough to stop people in the street. Around a week later the client was sent their first drafts and we awaited on some feedback. 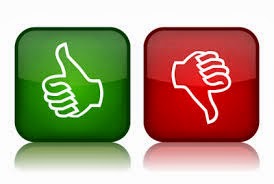 The evolving of ideas is what makes our world go round, and in order to develop work for the better we rely heavily on the constructive quality (and honesty) of the client's thoughts.

A conversation along the lines of 'whilst I can see where you are coming from Mr Agency, I don't quite think it is achieving the objectives we agreed in the brief. Namely because the language is too humorous and the imagery is too light-hearted  - so all in all, the wrong message in being conveyed. I think it needs to be...etc' helps us enormously.

It tells where we have gone wrong and possible routes to rectify the situation.

The flip side of such feedback is the dreaded 'I don't really like it and I don't know why' approach, favoured by a growing number of clients. This leaves you knowing the client doesn't like it but not which specific elements this relates too. So, putting yourselves in the agency's shoes, what's your next move? Tweaking the idea, the design, the fonts, the colours, the typography, the message?

The answer of course is none of the above. The answer is to go back to the client and not let them off the phone until you know what part of the work isn't cutting the mustard, and more importantly, why.

If we know what we've done wrong, we also know not to do it again.