the top 20 things that put us off train travel

on February 25, 2014
People who force themselves on to trains while other passengers are still trying to get off were yesterday hailed as commuters’ biggest hate.

That annoys travellers even more than having to sit next to somebody who smells – while drunken behaviour is rated the third biggest bugbear.

Loud phone ringtones or music blaring out through speakers come fourth, followed by people who constantly kick the back of your seat. 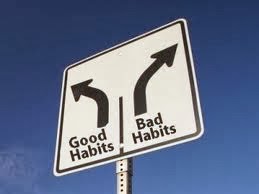 Other irritating habits include passengers hogging an extra seat with their bag, eating smelly food – especially when it is wolfed down noisily – dozing off and snoring, or those who constantly clear their throats.

Online travel retailer redspottedhanky.com quizzed 2,000 rail commuters in Britain to find out what makes them really angry on journeys.

“Commutes bridge the gap between two environments that we are used to, have some control over and make as comfortable for ourselves as possible – home and work. This is why we tend to seat-hog, listen to music or try to get off or on the train first. It’s a public situation we are trying to personalise and this is what annoys other people, who are trying to do the same, often in overcrowded situations.

“It is a lack of consideration born out of a desire to create a private, individual space within a very public mode of transport.”

More than half those quizzed admitted they rarely complained about annoying behaviour. Instead they would move seats or even carriages.

Jo said: “We quietly fume, make a face, tut under our breath or simply turn away. But this can make us just as frustrated as the original behaviour that triggered our irritation.”

The survey showed the average rail commuter had a 42-minute journey to work and the fear of not getting a seat was the biggest stress factor.

Some 45 per cent admitted they tried to discourage people from talking to them by staring out the window or putting on headphones.

The top 20 rail habits that rile us are

1. People forcing themselves on when others are still getting off
2. Smelling bad
3. Drunken behaviour
4. People playing music through speakers
5. Others kicking the back of your seat
6. Parents not controlling their children
7. People who don’t give up their seat for others who need it more
8. Playing music too loudly over headphones
9. Eating noisily
10. Putting feet on seats
11. Eating food that smells strongly
12. People who just expect you to move and don’t say ‘excuse me’
13. Coughing or constant throat clearing
14. People who say ‘I’m on the train’ again and again on the phone
15. People breathing down your neck
16. People sneezing regularly
17. Noisy games consoles
18. People talking loudly and boastfully
19. Putting bags on seats
20. Talking in the Quiet Zone

This article first appeared on the Daily Express website.