on January 16, 2014
This scene of style and sophistication has been chosen by Londoners as their favourite poster for the Underground.

Horace Taylor's 1924 artwork Brightest London is Best Reached by Underground came out on top in a vote of more than 40,000 people organised by the London Transport Museum. 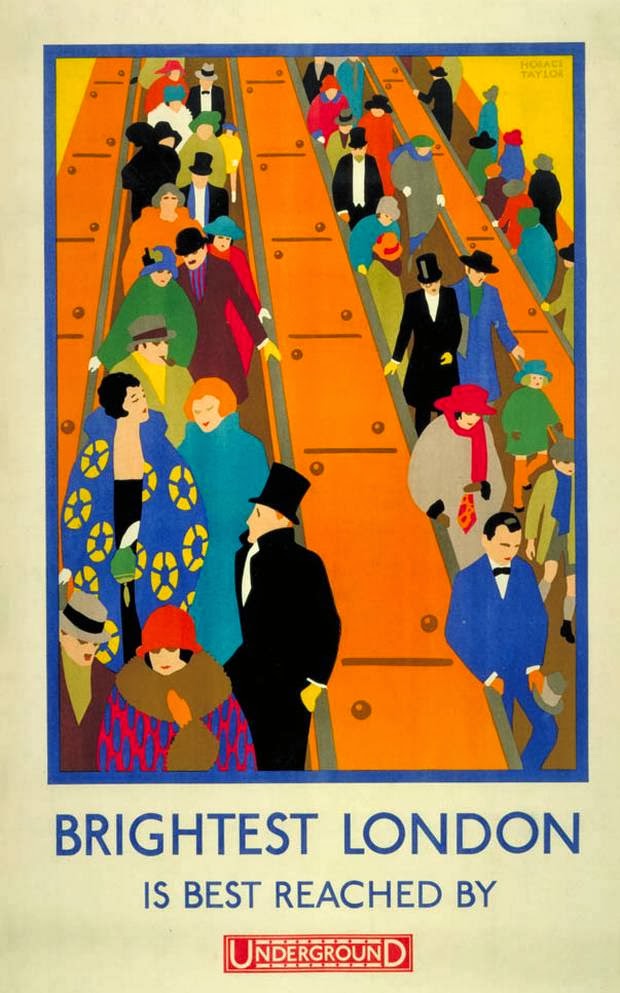 The scene depicted is a far cry from the commuter journeys faced by many of us as we endure the torment of the Tube at rush-hour - perhaps explaining its popularity with Londoners.

Created when films were still shown in black and white, the vibrant colours show a fashionable and smart crowd heading out for a night in the West End.

It was selected from a shortlist of 150 designs chosen from the Museum's archive of more than 3,300 posters to celebrate last year's 150th anniversary of the Tube.

Museum director Sam Mullins said: "We’re delighted that so many people participated in the Siemens Poster Vote which reinforces the view that our poster collection is one of the best-loved collections of graphic art in the world."

Brightest London trumped second-placed 1976 poster London Zoo by Abram Games and 1911's Underground - the Way For All by Alfred France.

The competition comes at the end of the museum's exhibition Poster Art 150 – London Underground’s Greatest Designs, which showcased 150 of the finest examples of Underground artwork to have been produced. It featured artists such as Edward McKnight Kauffer and Paul Nash and the photographer Man Ray.

The vote marks the end of the museum's celebration of 150 years since the world's first underground railway was built in London.

Article taken from The Standard.