do you really need a call to action?

The more you think about the logic of their argument, the more it make sense.


It's one of those phrases that have become such a part of the business of advertising, that they're said and heard often without realising how weird they are. Apart from when people are arguing about whether an ad should include one or not, that is. It's a silly argument really, when you think about it. 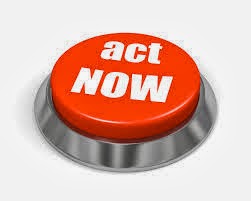 If someone desperately thinks an ad is lacking a call to action, it's because the ad itself is wrong, or not doing the job properly – or there is a tacit difference of opinion about what the ad is meant to be doing.

Or they don't know what they're doing. If your intention is for someone to do something specific as a result of seeing a piece of communication, then that should be the actual job of the ad – it shouldn't be relegated to a line of copy or VO thrown in at the end.

I am utterly convinced that your typical one-line call to acton makes absolutely no fucking difference to whether someone does that thing or not.

Say I'm watching an ad for, say, a burger. If the ad doesn't make me want to try that burger when I'm next in the market for a burger, then adding "Try our burger" at the end, is not going to make any difference. And the even greater stupidity of adding "Try our burger - Now!" will not convince me to try it Now! either.

It's as if nothing has been learned over the last hundred years of marketing. People aren't stupid. If you compellingly show them how something will be good for them, if you explain why something would be in their interests, or convincingly make them desire something, the chances are, you will have successful advertising.

Just adding "Do it, do now! Now! NOW I tell thee!" won't. It is marketing stupidity of the highest order. People do things – download an app, buy a burger, test drive a car – if they feel it is in their interests do so. They do not do it because you tell them to.

You can read more of the Sell! Sell! blog here.