what have pitching and maternity wards got in common?

on July 30, 2013
Over the last couple of weeks I've been involved in a pitch for a sizeable bus project as well as having a tour of the new maternity ward at my local hospital. 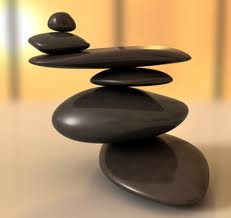 Quite unrelated you might suggest, and until I had undertaken both activities, I would have agreed with you. However what I found out is that delivering babies and generating ideas in competition with other agencies have one unique thing in common - balance.

And like temperature control, pitching is a fine line. You're competing for the work against other agencies so you want your work to be different enough to stand out but not different enough so that you stand out for the wrong reasons. Do you go cautious and not do anything wrong or go for the kill and create something adventurous?

I guess there are a number of variables - the client, the people you are presenting to, who has the final decision, the psyche of the agency etc and is something that has to be decided on an individual basis.

Whatever way you look at it, winning or losing a pitch can be a fine line.