on April 02, 2013
You've got to admire a client when they decide to do something totally different.

Take First Great Western. Rather than producing a set of press or poster adverts to promote the various destinations in the South West of the UK reachable by their services, they commissioned something a little more engaging - a culinary guidebook by restaurateur and chef Mitch Tonks. 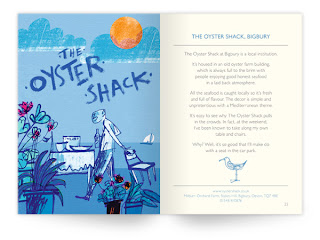 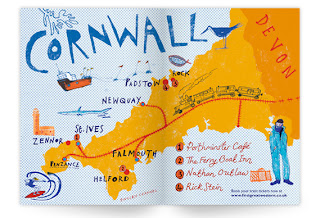 "The book entitled 'My Little Black Book of Seafood] was put together so people could pick it up on the train and work out how to go and eat some of the best seafood on the planet," says Tonks (who owns seafood restaurants in Dartmouth and Bristol) of the project which he conceived together with First Great Western.

The train company then approached The Leith Agency to develop the concept.

As well as designing and producing the book, Leith commissioned CIA illustrator Jill Calder to inject the project with no small amount of charm through a host of illustrations and hand drawn type which appear throughout the handy tome.

My Little Black Book of Seafood by Mitch Tonks costs a mere £1.50 and is available from the Express Café onboard any First Great Western train. In a rather nice touch, all proceeds go to The Fisherman's Mission, a charity which provides support and care to fishermen and their families.

You can also view the book digitally online here.

Credit goes to client, agency and illustrator alike for producing a great piece of innovative work.