on April 23, 2013
As I'm sure you are aware the funeral of Baroness Thatcher took place recently.

Prime Minister from 1979 to 1990, she was laid to rest after a passing away aged 87. And as the media scrum that followed her death was testimony, it was fair to say opinion on her tenure was divided.

People either loved her or hated her. What they rarely did was sit on the fence when questioned about her. 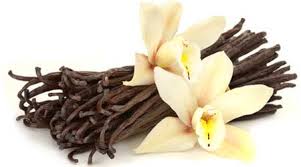 In my opinion what drove people to be so passionate about Mrs T was that fact she wasn't afraid to make big decisions reflecting her belief in some key areas.

And this links nicely to brands, marketing and marketers these days. Those in all industries, not just public transport.

It is rare that you will find someone that will take the bull by the horns and make a key decision without getting input from the world and his wife. Someone that has a clear understanding of the brand they represent, what it stands for, and whether new work they see is right for their audience.

Margaret Thatcher didn't want to be 'alright' and neither should you.