what Puff Daddy could teach us about marketing

Yet fast forward five years and that figure has increased to a whopping 2 million, with profits at the company, unsurprisingly, reflecting that success. So what happened to turn their fortunes around? 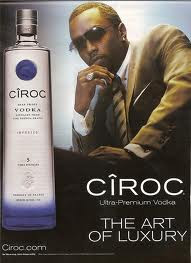 What happened was Sean 'Puffy' Combes - rapper, record producer, media executive, musician, actor, and entrepreneur - became their head of marketing. In fact he even had business cards made stating he was full time chief marketing officer and brand manager of Ciroc.

His salary? 50% of the brand's profits each year following his arrival.

Puffy set about working with his own marketing company to develop the 'art of celebration' positioning, and understanding that existing drinkers of ultra premium vodka were brand loyal, started to target new, younger drinkers who were just starting to alter their drinking habits.

Coupled with integrated campaigns that included events, PR, advertising, product placement, digital and outdoor the brand started to build a reputation for celebration and celebrity.

Puffy was dismissive of the approach traditional brand building agencies employed stating "Everybody has their marketing lingo but I'm about results".

So whether you are running a bus company or a train company, if you understand people and the part your product can play in their lives, common sense says you can go far in the world of marketing.

And that is what marketing can learn from Mr Diddy*.

*other names for Mr Diddy are available.