on December 04, 2012
I recently read a piece online about a young lady who had false legs.

Apparently she had a wardrobe of a dozen different pairs of legs, and would match them to the social occasion she was attending (making them taller, darker, patterned etc) - thus turning a perceived disability to her advantage. It was something she did on purpose to make herself stand out from the crowd, although people were often shocked at what she was doing. 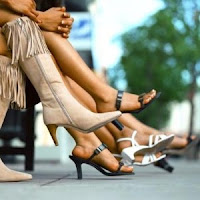 "The client (parents) doesn’t want it’s child (advertising) to stand out too much. Because if you stand out too much, there’s bound to be trouble with you. The child will upset some people and make other people love it for that. Some people will complain to the parent about the child’s behaviour. And whether the child is more good than bad, all the parent will see is the negative feedback. So better not upset anyone. Better not stand out. Better not try to be different, because that just means more work for the parent. Let’s try to be invisible in a field where the most important thing is to be visible."

For me, too many transport companies aren't different enough in what they do. They are happy to toe the line with their advertising rather than take a big enough step over it.