on October 01, 2012
A few weeks ago Waitrose ran a Twitter campaign encouraging people to talk about the brand. 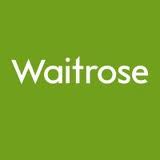 The idea was to encourage people to have a conversation (any conversation I think) about Waitrose, asking them to use the hashtag WaitroseReasons as a reference at the end of their tweet.

What they expected in return I really don't know.

Suffice to say many people used the opportunity to make light-hearted reference to the supermarket's up market image. One follower claimed he shopped at Waitrose because "he hated poor people", another "because his butler had the week off" and a third because "Clarissa's pony just won't eat Asda straw".

One gent even commented he shopped there because "food must automatically be better if it costs three times as much". At least he was being honest.

But surely there's nothing wrong with a bit of light hearted fun at the brand's expense? I disagree. Long term damage was done.

Whilst the PR department would be cock-a-hoop the Waitrose name was all over Twitter (and subsequently the press), the marketing department wouldn't have been so happy. They had spent the last two years developing campaigns to dispel common thought and reposition the brand as 'accessible and value based'. Work that, to many, went down the toilet in just 140 humour filled characters.

We all know that social media can do no wrong in marketing's eyes, just be careful what you ask for if you run a campaign on it.