we help First ring the changes in Southampton

on May 03, 2012
Only very occasionally do we use this blog to showcase work we have undertaken for our clients.

This post is one such occasion and it looks briefly at the positioning, creative approach and execution of our campaign to raise awareness of changes to the First bus network in Southampton.

The changes to the city's network were planned to be the biggest in years - new routes, new numbering and new services - all to be launched on 29 April 2012.

The planning team had invested a ridiculous amount of time and effort to get the logistics of the change in place, so the importance of the communications wasn't to be underestimated. 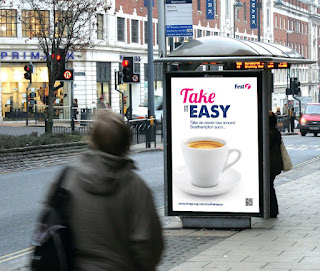 Out of discussions with the client came the fact that the changes were being introduced to make the whole process of travelling by bus in Southampton much simpler and easier. And it was this positioning that formed the foundation of our creative approach through both the teaser campaign and the information stage. 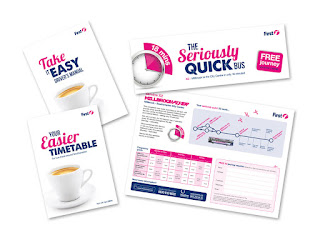 The execution used simple yet strong imagery, a large dash of white space and a relevant call to action to get the message across throughout the campaign's duration. Definitely a case of less is more in this case when it came to getting across just one key message. 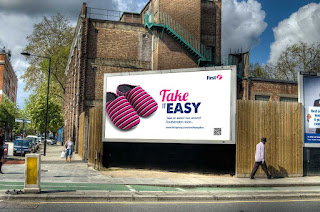 The brief required development and execution of a drivers guide; full network timetable booklet, press advertising, 6 and 48 sheets, online ads, on bus promotion (coves and street liners) and a variety of promotional material.

A nice meaty project and all in all, a fully integrated and highly visible campaign.

NB. Looks like the respected Omnibus blog is a fan too.