think your success is all down to advertising...

on May 03, 2012
Has this fella got a point or is he just letting off steam after a long commute?

His blog piece has a dig at all you marketers who spend money on advertising your product, when (one person believes) your product isn't fit to be advertised in the first place.

"I’m not moaning that the rail companies in the UK want to offer cheaper fares as, believe me they are hideously overpriced. I’ve always thought that a train to any location should cost me the equivalent or less as it would in petrol (give or take) if I drove. 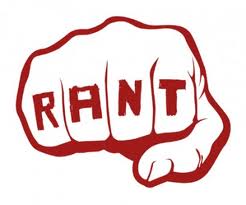 The fact of the matter is that rail services, to this day, are rather poor here in England and TV/radio/magazine/billboard advertising costs a LOT of moolah that could be better spent improving said services.

When cigarette advertising was outlawed a few years ago, several companies noticed their profit margin increasing as their marketing costs plummeted but nobody stopped buying tobacco products.

They’re an “essential” product, just (for the moment at least) like trains. Nobody is going to stop taking trains because they don’t hear about them every half hour on the telly, just like they’re not going to start taking them more for the same reason!

Every time my train is delayed because of a malfunction on the line, or a strike, or a scheduling error, or adverse weather conditions (read: leaves fell on the track) or essential maintenance, or the train being a bit old, or the driver being a bit old, or a wampa attack, or whatever…

I’m reminded that if they had perhaps spent a little less on the process of telling everyone how sodding cheap it was (not to mention the losses of reducing fares for a period of time), and a little more on ensuring it ran as advertised, everyone would be happy anyway.'

Too some extent he has a point and as we've said many times on this blog, get your product right and customers will follow.