what does convention know? 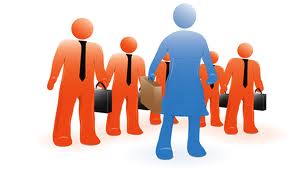 Joanne started writing her first book many years ago in Edinburgh.

It was mid winter and she was an unemployed, single mother of one.

She was on benefits and child support payments, and visited her local cafe during the day to write her book long-hand, while her baby slept. She would then go back to her flat and use a manual typewriter to put her work in a more professional format.

Joanne's book had lots of words and no pictures.

She sent the first chapter to publisher after publisher, and one by one they turned it down. Experience had told them that children had a short attention span and wanted few words and lots of pictures.

However, one publisher didn't go along with convention. She didn't read the book herself but gave it to her eight year old daughter to see what she thought of it.

A few hours later the girl emerged from her bedroom wanting to know where the rest of the book was so she could find out what happened to the characters.

Her mum decided that children should decide whether the books were readable, rather than convention, so decided to publish the first book.

Fifteen years later the books have sold over 400 million copies worldwide and have been translated into 65 languages. They are the best-selling book series in history.

The seventh book sold 11 million copies in the same period.

Joanne Rowling is now a billionaire.