how did you score? 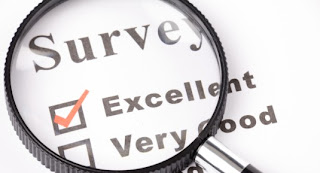 The questions have been asked, the boxes ticked and the scores are in.

The great train travelling public have spoken, so here are a few snippets from the recent National Passenger Survey results.


I can't help thinking that if that last statistic can be improved then that would have a significant impact on the overall scores for each and every operator. Brands often underestimate the importance of the way they deal with regular customers' problems.

Time to up your game ladies and gentlemen.