do you see ideas as a risk? 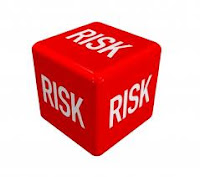 I often wonder how many clients see ideas as a risk - rather than something that could potentially further their careers.

Their motivation may be very different from the brief they give the agency, so it's the agency's job to find out what the client's real objective is. This can often involve reading not only between the lines but under them and over them too! Just to find that special something to nail an idea to.


There was an agency back in the 80s who worked for six months on a government scheme devised to help school leavers get jobs.
The best people in the agency worked solidly to help solve a social problem, and the work they presented was top-end creative. There was also lots of it.
It was all rejected. What they had failed to understand was not the brief, but the politics that lay behind it.
All the minister wanted was for the public to know he was spending lots of money advertising the scheme not actually solve the problem.
Hopefully that doesn't sound too familiar.
Thanks to Paul Arden for this.