Carlsberg take the easy way out 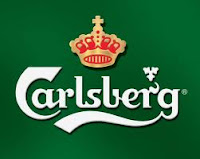 Carlsberg have announced they aim to double profits of their flagship brand by 2015 - not by revamping the product but by revamping its branding.

The change, which is to include a new range of packaging, advertising and a new slogan, is part of the company’s ambition 'to be the fastest growing global beer company by giving customers an understanding of what it stands for, rather than just a recognisable label'.

I would suggest they achieve this by making their product taste better/more distinctive than all the other middle of the road, nondescript lagers (step forward Fosters, Heineken and Carling) that blight the country's pubs, clubs and supermarkets.