which retailer am I talking about?

on March 31, 2011
They are a major player on the high street, have a good online presence, have been around for years and do great marketing. 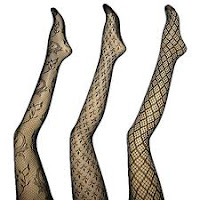 They sell clothes which although aren't really my style, I can appreciate the quality and work that goes into designing and making them. However, after buying a present for my girlfriend in one of their stores and experiencing the after-service, my positive comments come to an end.

I had bought her a pair of tights and as it turns out, without her even getting them out the packaging I was told I had got the wrong size. So no problem, I'll just pop in and change them next time I'm passing. As it turns out, it was a problem.

According to the store manager, tights are classed as 'underwear' and therefore not eligable for a refund or exchange - something I would have been told when I bought them. I wasn't. The fact the packaging remained unopened and the seal unbroken didn't seem to matter.


However, had I bought the product on the company's website, where tights weren't classed as underwear, I would have been entitled to a refund or exchange. A call to head office to clarify the situation revealed at this retailer shop managers are allowed to exercise their own rules over returns, and the lady in question was perfectly entitled to refuse my request.

So according to this, I could buy the same product in two different cities or indeed online and have to abide by three different sets of rules!

Dear Mr Retailer - If I have chosen to buy a product in your shop or on your website, and it's your name above the door on both, the least you can do is treat my purchase in the same manner. Otherwise I'll go somewhere that does.

The moral of the story? In order to build a great brand in the eyes of the consumer, you have to have consistency in all areas of your business, not just some.

So any guesses who? If it's not the Black Stuff, it's the...