taking it to the Max - PR guru hired by bus company 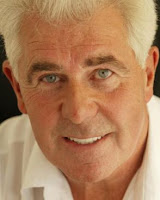 PR guru Max Clifford has been hired by a bus company in Scotland that is currently banned from providing services .

Bankfoot Buses, run by Stuart Newing-Davis and his wife, had been providing an hourly service in competition between Perth and Dunkeld that was heavily subsidised by profits from a previous business sale.

Unfortunately for the couple they had their licence confiscated by Scotland’s Traffic Commissioner last year.

They were guilty of passing off as Stagecoach, with similar livery and uniforms; forging O-licence discs; a failure to display discs; failures to operate without reasonable cause; and interference with bus stopping arrangements in Perth to the detriment of road safety and traffic management.

They are also being subjected to an ongoing criminal investigation for allegedly trying to defraud the Government’s concessionary travel scheme out of £58,000.

Mr Clifford has been hired to improve their 'battered reputation'. Think you might need a little luck on this one Maxwell.