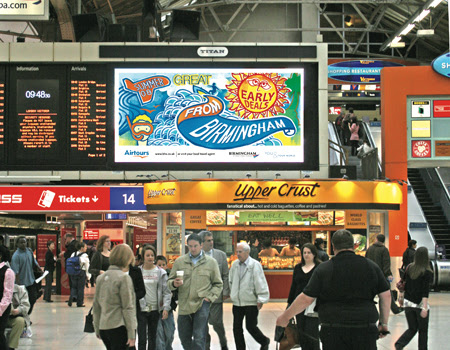 Titan, which has a number of major contracts in the UK including Network Rail's £26m-a-year ad deal, was forced into administration yesterday after failing to secure financial backing to continue operations.

Under the terms of the deal, JCDecaux will take over the majority of
Titan's UK ad inventory, which also includes contracts in shopping malls. Titan is thought to employ about 100 staff in London, where JCDecaux employs about 600.

"There is a great potential fit with our existing roadside and airport advertising business and with strong positions in retail and rail advertising it is well placed for growth," said Jeremy Male, the chief executive of JCDecaux.