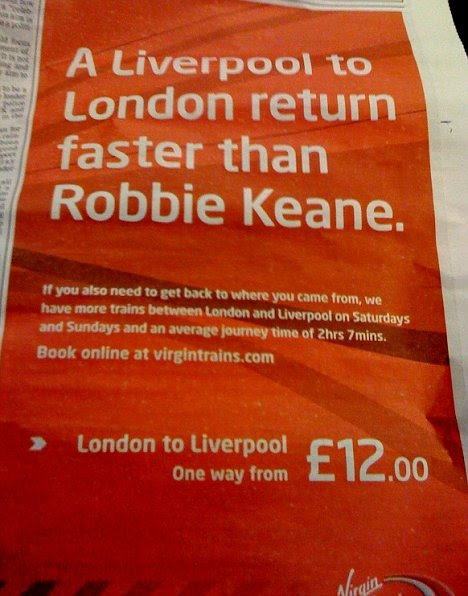 I know it's a couple of months old but, I've just found this really great Virgin ad and thought I'd post it.

Robbie Keane has already had plenty of stick over his quick escape from Liverpool.

The striker left Tottenham in a £20million deal last summer, only to return to White Hart Lane earlier this year.

Keane has been the butt of jokes over his amazing U-turn after just six months on Merseyside.

But the Irishman has now been ridiculed in the advert by Virgin Trains for their Liverpool to London service.